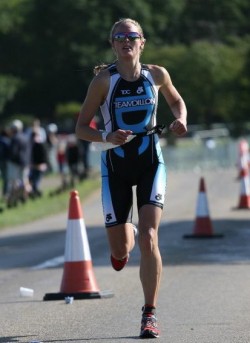 TDC athlete Victoria Gill has had some bad luck of late with a couple of crashes while racing and also sustained a black eye from the swim section during a race. But this weekend luck was on her side when she lined up for the London Duathlon held around the lovely Richmond park. Vicky lead from start to finish in the 10km run/40km bike/5km run to win by 4 mins from her nearest rival World Championship Gold medalist and well established 70.3 athlete Tamsin Lewis.

Vicky was over the moon with this result and it has given her confidence going into the last part of her season and also her winter training for next year. Well done Vicky back on top!