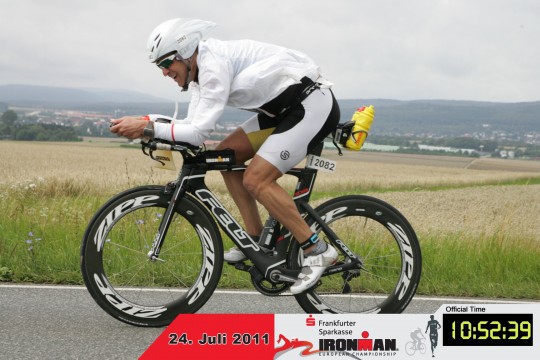 Richard Neulaender has been training under Team Dillon for nearly 12 months now and in that time has made some significant improvements racing himself to a personal best time of 10.52.39 at Frankfurt Ironman this year.

It hasn’t been an easy journey though as there is always seemed to be an obstacle to overcome leading into a big race. We are really proud to have Rich part of the team, Richard will tell us more.

Q. So Richard what a fantastic result you had in Frankfurt this year clocking 10.52.39. Did you think this was possible a year ago and what did it feel like to cross that finish line knowing you had problems leading up to that race and yet still managed a PB?

The lead up to Frankfurt was an emotional roller-coaster, from 10 days out literally to race day itself I was on anti-biotics for a nasty tooth infection, so I was really unsure how the body would react ? I’d also had a calf problem and didn’t know how the run would go ? Crossing the line was awesome, when I came round the last turn and saw the clock I just felt great and the tears came flooding  ! It was extra special because my family were there, they had suffered on my behalf in the months leading up and it suddenly all felt worthwhile ! Sub 11.00 twelve months ago ? No way !

Q. How many hours per week do you train, and is that easy to fit that around your busy work Schedule?

I’ve never counted the hours !! All I will say is that my coach is a sadist ! The number of hours varies according to how far out from an event I am. Although work is always busy (and IM is still just a hobby !) I consider myself extremely fortunate, I run my own business and so can afford myself the time to train occasionally in what would be considered normal working hours, I have also developed some habits like riding to work, my office is 42 miles from home, in the summer months I will try and work in a couple of rides in during the week, it takes a couple of hours (the girls in the office are delighted to see me in Lycra !) then a quick shower and I can be at my desk at a sensible time. As you can imagine there are an awful lot of early starts……i.e. 6.30, 1hour swim, jump on the bike circa 8.00 ride to work, at my desk not long after 10.00 !! 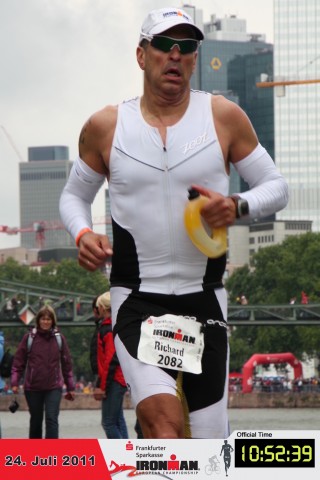 Q You are a very successful business man yourself, your coach tells us you have a strong mindset, do you think this has helped you in your drive in Triathlon and when the pain sets in during a race you have the ability to push yourself to the finish line?

I don’t know about very successful, but thank you anyway ! It goes without saying that you need to be really strong mentally not just to race an IM but to train for it in the first place. Without giving you the whole working class hero bullshit, it would be fair to say I had a pretty tough upbringing and I believe that eventually it Gifted me a pretty strong sense of inner drive, hunger and determination. Once you learn how to apply these things correctly, you can try and put them to good use, I have tried to apply this to my business life and to Triathlon since starting a couple of years ago. You also need to be a bit stupid (for which I have top qualifications !) and know how to “hurt” !! On an IM you know the pain is going to come, it’s just when and how much ?? At that point you have to be able to ignore it and just plough on !

Q. Is there anything during the winter you need to work on that might take you to a new level in performance?

Mmmmmmm ???? I need to work on my swimming, my bike and my running !!!!! My 1st IM next year is New Zealand  right at the beginning of March, and I did IM Florida 2 weeks ago, so it’s a fairly short winter for me in that sense. 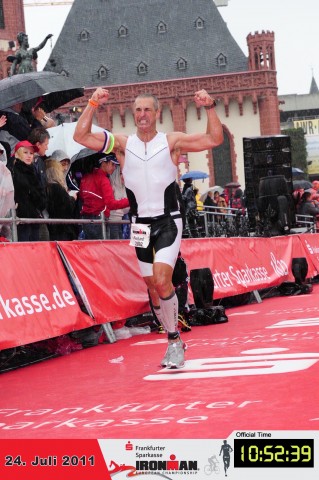 I met Michelle exactly a year ago and at the time described myself as a “fat middle aged plodder” ! In my mind that’s still true……… HOWEVER, having now raced 10.52 (and 11.02 with a hamstring injury 2 weeks ago) I’m starting to believe that anything is possible ! I would love to race sub 10.00 and I would love to qualify for the World champs in Kona, and I definitely would not have thought that was ever possible a year ago ! These are still pipe dreams but why not !!?? ………… Back on planet earth, still middle aged and still plodding !

Q. Finally has working with Team Dillon Coaching helped you so far achieve what you wanted this year, Why would you recommend Team Dillon to another athlete?

I would recommend Team Dillon to anyone who wants to get a bit more serious but wants to “keep it real” ! it has undoubtedly helped me to improve massively and given me a regimented, structured and disciplined way of training, Michelle has been awesome (could genuinely not have done it without her !) her encouragement and help has been invaluable and if she doesn’t get me under 10.00 hours next year we’re finished !!  lol