Konstantinos Theodoropoulos raced in his home town in a local triathlon in Greece last weekend, it was purely on a run through basis as he hasn’t been able to run for a while due to having a brace on his foot, however his been able to ride and swim, so we based it all on the swim and bike then pulled out in T2. However he gave it everything on the bike section as he wanted to take something from the race, this is a guy that over a month ago got a stress fracture in his foot …. And is making steady progress back to full fitness so a fantastic result for him!

Pete Longworth raced eton super sprint, pete is making massive improvements all the time after only learning how to swim late last year. Pete posted 400m 8.28 swim – 21k 38.26 bike & 5k 24.52 run. The real positive that came out of this race for Pete is that does he was focusing more on his technique Eg swim start & transitions but still managed to pull out some fast times! Looking forward to seeing what Pete has to come.

Ian Gilham had a fantastic race over the weekend,with a personal best on the swim section 750m in 12.24!!!

His bike was solid too with a 36mins for 21.5k and again having a cracking run at 19.40 for 5k – a massive PB. Ian wasn’t pleased to finish 11th in his AG as last year at this event he finished 3rd but we knew the level just keeps on rising! We will rise to the occasion next time watch this space, well done Ian! 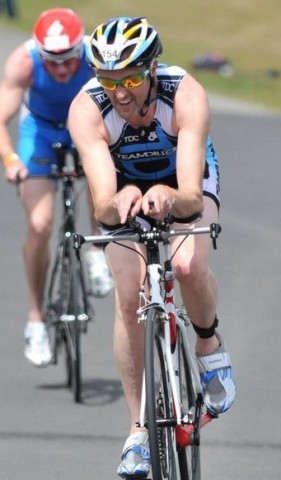