Kirsty Anderson continues to prove she is a consistent performer with a real future. Kirsty is gaining valuable experience this season as she line s up in her first season as an elite competitor. 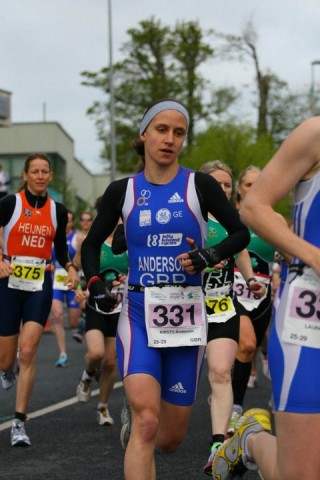 This weekend Kirsty finished on the podium as an age group competitor, with a bronze medal at the British standard distance in Shopshire. Kirsty recorded an overall time of 2.14.41 on a tough course, smashing her personal best time in the swim with a fantastic 20.10 for the 1500m.

Kirsty also qualified for the World champs to be held in NZ later on this year.

Kirsty now looks to race in this thursday nights canary wharf super sprint race which is part of the British Super series. It will be her 3rd elite race this year and we wish her all the best of luck.