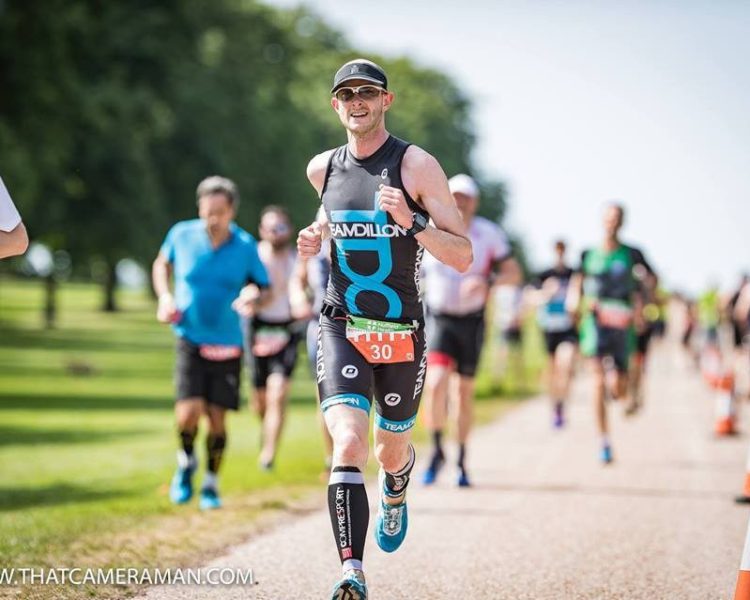 From Windsor to Kitzbuhl! June has been driven by outstanding international and personal best performances by Team Dillon. We wish to start with comments from both head coach’s Michelle Dillon & Stuart Hayes.

“Once again, our team had a storming month, the results were outstanding across the board, with everyone performing to their expectations or above. It was nice to be at some races, one of those was Windsor triathlon. Here I witnessed some incredible performances including a clean sweep for our TDC girls in the race with the stars. Our guys were gutsy as ever, I couldn’t be prouder. Keep up the great work team.”

“It’s great to see all the hard work our athletes put into training pay off at races. We are very proud of everyone and the achievements so far this season!”

At Blenheim triathlon, we had a first-time sprint triathlon finisher. Guy completed the triathlon in a fantastic 1 hour and 25 minutes, an impressive start. Guy went on to complete the Dragon tour cycle of 230 kilometres, just your average weekend! We then had Tom racing over at Thorpe, completing the sprint triathlon in a PB of 1 hour and 7 minutes. Further north, Paul was competing at the Deva Olympic distance triathlon. He came 3rd in his age group in 2 hours and 3 minutes. Here Paul qualified for the World Championships in Rotterdam this September.

Stephen Clark proved to be learning the magic as took on the Cotswold triathlon alongside Korkmaz. Both came storming through with two personal bests. We had more personal bests with Adrian Collyer taking 23 minutes off his pb at Crondall triathlon. Lori Westcott and Alexander Lake competed at the national championships, placing a podium finish and 10th in a very competitive field. Lori had recently come back from a fractured elbow, but fought hard for her 3rd place finish. The pb’s continued as Toby Cole took one minute off to win the Henley triathlon, whilst Herbet ran his fastest 10km in a triathlon.

Our athletes seemed to be flying into form the following weekend as Celine Phillips won her age group at the crooked Lake Triathlon. Mcphillips went on to win the Setanta triathlon. The ladies continued to fight as Louise Croxson won the British Championships in the 40-44 category. This race was one of Louise’s main goals of the year, a fantastic result for her and coach, Michelle Dillon.

Then the heat hit hard! We saw temperatures rise over 30 degrees in the UK. Team Dillon was to take on Windsor Triathlon, one of our favourite races as a team. The representation was stronger than ever and it did not disappoint. Emma Pallant won her fourth Windsor triathlon title, she was joined on the podium by two team mates, Louise Croxson in sliver and Lori Westcott in bronze. A clean sweep for the women! We had Chatfield storming to 2nd place, Herbet smashed his pb in the swim by 3 minutes, Clark clocked some of his fastest splits, Cole finished 12th in his age group and Collyer clocked pb’s in the swim and on the bike. It was an emotional race for Adrian Collyer has he completed his first Olympic distance race. We would especially like to thank Darren Wheeler for the fantastic photos he took at this event.

If the weekends couldn’t get any busier, they did! Lori Westcott took the Marlow half ironman title in her second ever race over that distance. Not only her second race, but also seven weeks after a fractured arm. Collyer was out racing again at the Woking super sprint triathlon where he placed 4th in his age group. We had Paul Sweeney racing Leeds triathlon, where he posted a top 20 split. Our newly wed Ella Jane, returned to racing and ran a dominant performance at the longest day duathlon. She flew her way to the podium in 2nd place. Racing in difficult conditions we had Brusk Korkmaz competing in the Exmoor 70.3, he described the conditions as, ‘dark, raining, windy and extremely hard’, fantastic to see what our athletes put themselves through. This same weekend Annaliese was competing at Vaujany, she came an impressive 4th in her age group. Other results included Jamie Gilbert running a 10km pb of 39.24 at Battersea park. Tom Reynolds also finished 10th in his age group at UK, ironman 70.3.

Our final result goes to Kevin who showed sheer determination as he set a new pb in France. Kevin was coming back from a nasty crash at Barcelona 70.3. Kevin kept his focus and showed a brilliant amount of TDC bravery to go and achieve a fantastic time of 5 hours 29 seconds.

We would like to congratulate all our athletes and coaches for making June a month to remember. A month that brought the team closer at the Windsor triathlon, a month that showed guts and focus, and a month that showed world class encouragement from all members of the team. As we kick July off with Edinburgh 70.3 and plenty more races we know there are exciting results to come. We hope you enjoyed this month’s race report and wish you all the best for July.

On behalf of the TDC team,